Dr. Douglas, originally from Illinois, came to JSU in the fall of 2019 after working as an Instructor of English at the University of Alabama from 2016-2019. He has a Ph.D. in eighteenth- and nineteenth-century transatlantic literature. Dr. Douglas taught English as a Foreign Language at Wada Jr. High School in Minamiboso City, Chiba Prefecture, Japan before beginning his graduate studies in America. His dissertation work is on the moral agency of it-narratives, stories narrated by non-humans (animals, objects, and the occasional ghost), in eighteenth and nineteenth century literature. He has published on it-narratives in ESQ and JNT and has published a pandemic teaching reflection in Digital Defoe and pandemic-informed reading in the Nathaniel Hawthorne Review. Dr. Douglas also has a forthcoming book chapter on 19th-century children’s it-narratives in Animal Satire (Palgrave MacMillan) and has selections in the forthcoming Cambridge Guide to the Eighteenth-Century Novel, 1660-1820. A co-edited collection of scholarly essays, “I’m Just a Comic Book Boy”: Essays on the Intersection of Comics and Punk, was published by McFarland & Co, in 2019. While he is not teaching, Dr. Douglas enjoys spending time with his rescue dog, and he considers himself an amateur baker and powerlifter. 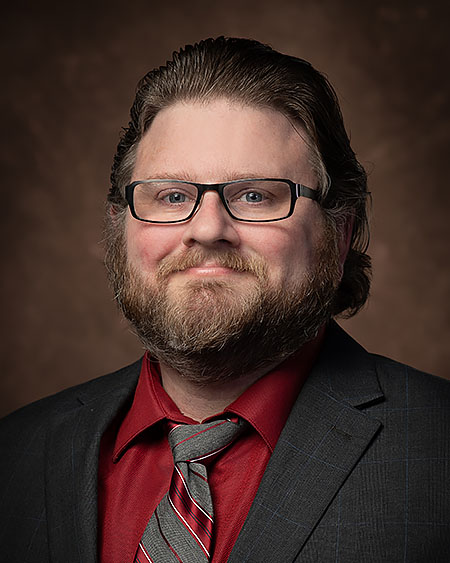