Along with his adjunct teaching role, David serves as the Assistant Athletic Trainer with the Milwaukee Brewers Major League Baseball Team. In 2015 and 2014 he was part of the staff that received the Martin-Monahan Award for the best medical staff in professional baseball. Prior to joining the Major League staff, Yeager spent 7 seasons in the Milwaukee minor league system including AA Huntsville and AAA Nashville. He was named 2007 Southern League Athletic Trainer of the Year by his peers and served as the Southern League North Division All-Star Athletic Trainer. He is an active member of the Professional Baseball Athletic Trainers Society (PBATS) chairing the internship committee. He holds athletic training licenses in Wisconsin and Alabama.

Currently working through his doctoral research project, David's research topic involves understanding the foundational underpinnings and pathways of developing clinical expertise of athletic trainers in high performance sports settings. In addition, David has received Clinical Recognition Awards in “Functional Rehabilitation / Strength and Conditioning” and “The Overhead Athlete” and has also studied in the areas of perception, decision making, skill acquisition, coaching, motor control, and pain science education. He has authored articles and lectured at numerous local, regional, and national conferences on topics such as sports rehabilitation, performance enhancement, and athletic injury prevention. In addition, he enjoys mentoring athletic training students and has developed a comprehensive baseball medicine curriculum that he uses when serving as a preceptor in athletic training education.

Courses Taught:
AT542 (Evidence Based Practice in Athletic Training

Mr. Yeager has national certifications as an Athletic Trainer from the National Athletic Trainer’s Association (NATA) and as a Certified Strength and Conditioning Specialist from the National Strength and Conditioning Association (NSCA). He received his Bachelor’s Degree in Exercise Science from Auburn University, Auburn, Alabama in 1994, and a Master’s Degree in Physical Education from Jacksonville State University, Jacksonville, Alabama in 1997. He is now working towards a Doctorate of Education (EdD) degree in Health Professions at A.T. Still University in Kirksville, Missouri. 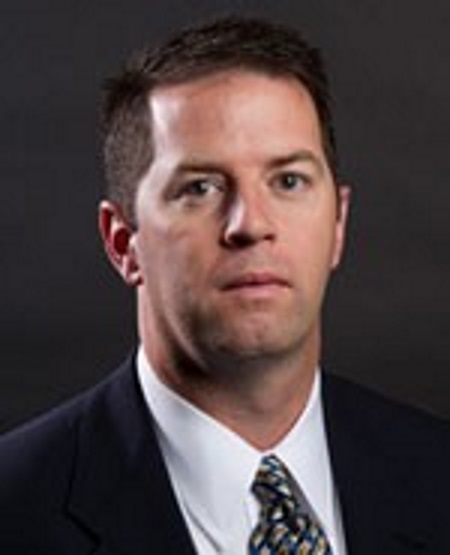